This year’s winner films at Nordisk Panorama Film Festival 2020 have been announced! The award ceremony was broadcasted lived on Facebook from Malmö’s City Hall and the audience was invited to participate from their couches!

The 31st edition of Nordic Panorama Film Festival however is not over yet – the festival continues to spread film magic throughout the weekend! Audiences from all five Nordic countries will have free access to the film programme, including most of the award-winning films, talks with all filmmakers and masterclasses until midnight on Sunday 27 September at online.nordiskpanorama.com

The Painter and the Thief

Motivation
The award goes to a film that challenged the jury and made room for conversations about cinema itself.

Depicting a complex relationship, this is a story about self-destructive fascination and the perversity in the romance, but also forgiveness. The structure told through impeccable editing, reveals the intricacies of the psychology of its two main characters. The filming process is here a part of the ambivalence of this relationship driven by the pleasure of being seen through someone else’s eyes. Raw and clear. This is pure cinema!

Jury Motivation
For its distinct and magnetic aesthetics, texture and pace; for its unfamiliar yet soothing atmosphere, as if on the outskirts of the world; for its immemorial, out-of-time, almost mythological feeling, yet at the same time extremely grounded in a breathtaking natural environment and honoring a precious craftsmanship and harmonious way of life, we have chosen to give a special mention to the Icelandic film The Last Autumn by director Yrsa Roca Fannberg.

Jury Motivation
The film is very precise, both in storytelling as in cinematography. It uses narrative to reflect on a complex and contemporary topic. It makes the audience reflect on what they would have done in this situation and acts as a mirror making us all affected.

About the Award
In this section 22 selected short films from the Nordic countries compete for the award. The award goes to the director(s) of the winning film. The prize-winning film will qualify for consideration in the Short Film Category of the Annual Academy Awards®, the Oscars, without the standard theatrical run, provided that the film otherwise complies with the Academy rules.

Sponsored by
The prize sum is 6.000€ and is sponsored by the Swedish Film Directors and Nordisk Panorama Film Festival

Colombia In My Arms

Jury Motivation
This film brings us to many different places and emotions inside one country. It brings us among armed guerillas in the jungle, it brings us to hallways of political decision-making and lobbying, it brings us to coca-plantations of poor peasants, and it brings us to the mansion of the member of the old privileged elite. It shows us how inequality between rich and poor people keeps on growing.

And almost unnoticed, little by little, the film makes its statement clear and formulates theory of how the society works. Not only in this country in the focus of the film but in the world in general.

Jury Motivation
A brave and intelligent film that is not afraid to ask big questions. Issues that are uncomfortable but necessary, and push the main characters and make them grow in front of us. Every second of the film is well used, even the silence and the pauses. A film that made us feel all the different emotions in just 22 minutes.

About the Award
The New Nordic Voice competition introduces promising Nordic filmmakers. The works have not previously been screened in the Nordisk Panorama competition programme, and selected films are among the first releases by the filmmaker. The jury decided to divide the prize between a documentary film and a short film.

Sponsored by
The prize sum is 5.000€ and is sponsored by Film i Skåne and AVEK

About the Award
To receive the City of Malmö’s Audience Award at Nordisk Panorama Film Festival is among the finest appreciations a filmmaker can get. The audience can vote for any of the Nordic short films and documentaries competing in the main competition programmes.

Sponsored by
The Audience Award prize sum is 2,500 € and is sponsored by the City of Malmö.

About the Award
The films in the Young Nordics programme competed for the love of our most critical audience. We asked the youngest viewers which film they liked the best, and the winner is presented with a Children’s Choice award.

Sponsored by
The prize sum is 1.500€ and Sponsored by Nordisk Panorama Film Festival. 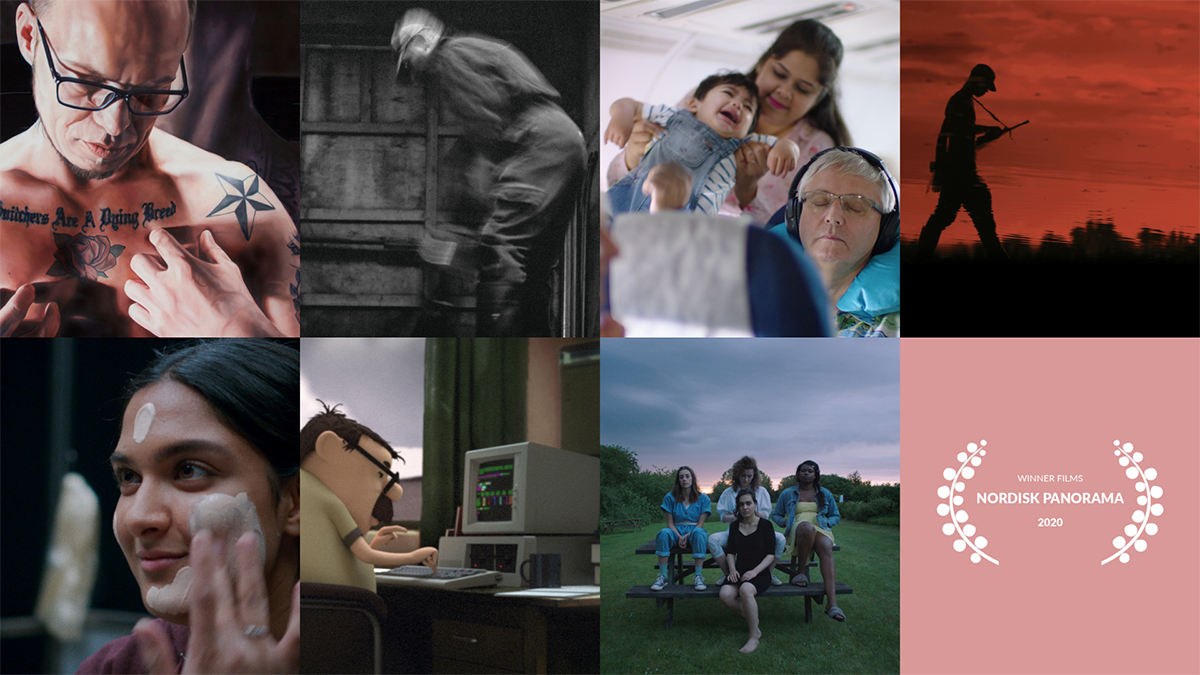