As we draw close to the holidays, family and relationships are explored, serving up lots of great moments of entertainment, awkward conversations, misunderstandings, and love and tenderness. A short film compilation from our great Nordic archive shines a light on just this and isn’t to be missed. So enjoy some fantastic short films on this shortest day of the year!

Elsa, old and lonely, is marking her late husband’s birthday when a burglar breaks in. Elsa makes a decision that changes both their lives.

Anita and Gunnar live a slow and steady retired life. But when Anita makes a wish to be visited by a young and virile show host from TV, the couple is suddenly faced with a new perspective on their slow everyday life. A comedy about life as a pensioner, about dreams – and what happens when you get too much of a good thing.

Two brothers, Erkki and Veli, battle each other in a ski-fishing competition. Erkki’s coach is a old ski-fishing champion called the Master. The brothers are also competing for the heart of a woman they both love.

There once was a girl named Anna Young. She was the perfect child. One day, Anna woke up with a horrible illness. She looked like a sad version of Marilyn Manson and was terribly moody. Her parents took her to Dr. Artmanns’ clinic for unruly children for tests. The result was shocking. 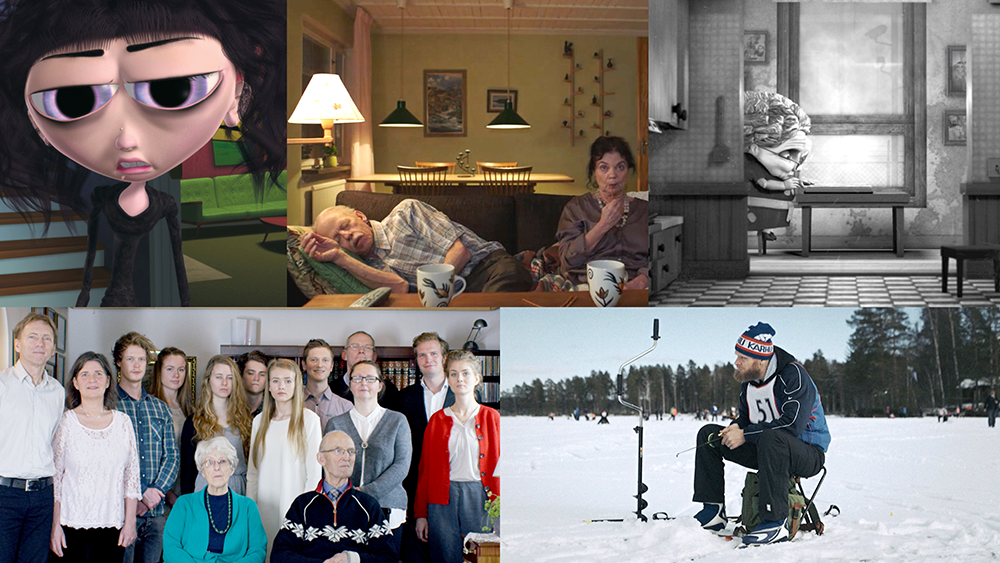