You can request meetings with the international market professionals and Nordic film institute representatives below. The list will be updated continuously.

To request a meeting, send an email to Market Coordinator, Karina Bernauer, before Wednesday 27 August 2018.

Please specify your arrival/departure and the order of wishes, if there is more than one Market Professional you’d like to book a meeting with. In order to match you accordingly, make sure to include details on the project/topic you’d like to have a meeting about. If the available time for a Decision Maker is not suitable, let us know and we will try to accommodate you as best as possible.

Tribeca Film Festival
The mission of the festival is “to enable the international film community and the general public to experience the power of film by redefining the film festival experience.” The Tribeca Film Festival was founded to celebrate New York City as a major filmmaking center and to contribute to the long-term recovery of lower Manhattan.

KurzFilmAgentur Hamburg
The KurzFilmAgentur Hamburg (KFA) is an association which has devoted itself to promoting and improving the public awareness of short films. It operates a theatrical distribution service for short film, negotiates worldwide licensing rights, maintains a short film database linked to an extensive video archive, sets up training and education courses and organizes film-related projects with national and international co-partners. Every year the Agency also hosts and runs the Hamburg International Short Film Festival.

Venice International Film Festival
The aim of the Festival is to raise awareness and promote international cinema in all its forms as art, entertainment and as an industry, in a spirit of freedom and dialogue. The Festival also organises retrospectives and tributes to major figures as a contribution towards a better understanding of the history of cinema.

Torino Short Film Market
The Torino Short Film Market is a meeting place for professionals in the world of short films and digital content. It boasts an international flavor (400 accredited participants from 36 countries in 2017), a broad range of profiles, a series of meetings planned and overseen by the TSFM, and a friendly atmosphere. 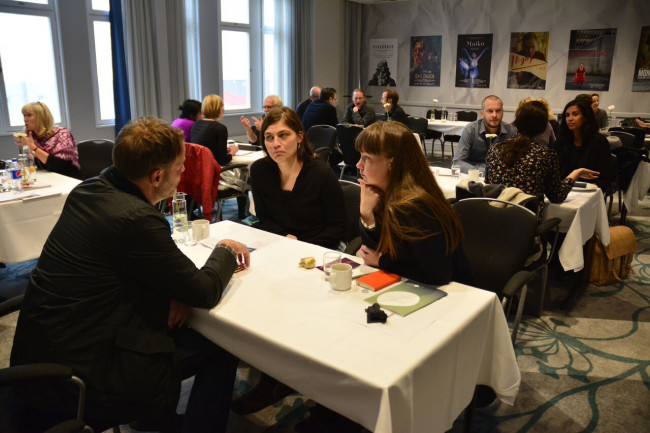