The aim of the Nordic Short Film Meet Up is to make short filmmakers from the Nordic countries meet, exchange experiences and find partners for potential future collaborations and co-productions. Simultaneously they meet international industry decision makers to expand their network.

Pupu and Major Tom is a short film about 15-year-old Tuukka and his 10-year-old sister Lili. The events take place over one night. The story is about the strong but delicate love between these siblings. Life hasn’t been fair to either one of them since they were separated after their mom couldn’t take care of them. Tuukka now lives in a children’s home and Lili with a foster family. Tuukka misses his sister so much that he decides to break into Lili’s new home. He wants to take her with him and move to their family cabin together. Lili has also had a birthday and Tuukka brings her a cake and a present. A stuffed animal bunny. Tuukka has stolen the bunny and Lili of course figures it out and feels sorry for her brother.

All of Earth’s Creatures

It is the year 2043. The glaciers of the world have melted, and all the cities are destroyed. From beneath the ice slithered creatures that had been thought mere folk tale fantasies roam. The human species has been knocked down from the top of the food chain.
Albert a dodgy old man and Ormhildur a young girl live in a dilapidated house by the sea, researching magical beasts and looking for ways to stop their advance. These unlikely heroes find themselves saving their neighbourhood from a raging troll, by simply singing a lullaby. After all, fanged, furred or fantastic, perhaps this troll was only looking for a nice place for a nap.

“Filther” is a pre-apocalyptic love story. The story is taking place in a fictional world where the geopolitical situation has led to a world on the brim of nuclear war. A man with a head shaped like, and working as, a gas mask is a new step in the evolution. When we meet him in the film, he is searching for someone to share his life with, before the world ends. A girl in a newly arrived circus turns out to be his salvation. As one world goes under, another one begins. Filther is going to be a love story full of contrast, combining the macabre with the beautiful; a terrible event, with an unexpected outcome. A story where the balance between darkness and humor runs along a fine line.

An old, Christian couple live out in the middle of nowhere and the man, Gert, cannot live without his daily doses of delicious meat from a self-butchered animal. But God works in mysterious ways and Gert ends up in a wheelchair after an attempt to butcher a chicken.Slowly, his wife, Bodil, discovers that the chicken that caused Gert’s accident isn’t quite a normal chicken. She believes God is speaking through the chicken. Bodil tries to convince Gert about this, but it ends pretty violently, when Gert by mistake blasts his wife down with a rifle in an attempt to get rid of the mysterious chicken. God takes Bodil under his Wing and resurrects her, which makes Gert obey Gods message about not killing innocent animals (and wives).

The year is 2024. We are following Uma shopping necessities in a burqa. She is buying huge quantities of hygiene products with cash while the other customers is paying with a chip inside their hand. Later on, back home when Uma take off the burqa we discover that she looks Scandinavian. She is blond and pregnant. In the evening she receives a text message which makes her stiffen by fear. As a reaction and solution she gets rid of her cellphone and computer. Next morning a man shows up outside of her door. Uma manages to flee with the help of the burqa without getting caught. We are following Umas’s escape to her mother in the countryside, and realizing that her mother is in contact with the man.

In the middle of a perfect formal garden a Countess is yearning for love and motherhood. She cuts off petals of a daisy one at a time and desires a young man. He is more focused on playing croquet. A young girl is just about to bloom under the watching eye of her overcaring grandfather. The croquet ball rolls to the woods where the young girl is retrieving water from the river. Also hunters and hounds enter the forest. She is not noticing the male gazes, yet. The sexual development of the girl is juxtaposed with the growth of the flower, the masculinity of the hunters with lasciviousness and reins of the horses with obedience.

The classical painter and self proclaimed master of the craft, Kjartan Valgeir, is part of the Icelandic art elite but has been out of the game for nearly 20 years. A big show is planned and Kjartan is invited to show his most famous painting but as it turns out, he is the only one of the artists that is still alive. On top of that, his painting has been damaged in storage! Kjartan, enraged, demands to repair his own work. When Kjartan damages his already damaged painting beyond repair he simply decides to forge a new one, after all, what could go wrong?

The neuroscientist, Grigor Kazarian, invents a mechanism with which he can transfer the human consciousness to another medium. Grigor’s technological breakthrough follows his 20-year old daughter Sofia’s tragic death in a car crash a year earlier. Grigor has subsequently transferred Sofia’s consciousness to a non-descript black box reminiscent of a hard disk. Grigor’s wife, Ida, is having trouble with the thought of their daughter as an unbodied consciousness. One day she decides to finally meet her daughter in her new form and afterwards seems to come around to the idea. Grigor, on the other hand, begins to doubt the path he has gone down…

To witness a surgeon operate inside a patient’s brain, through an open skull, whilst the patient is wide awake, is an experience that goes against everything our minds have learned is normal. This short film takes place with the operating room as a stage room. On one side of the surgery, the patient is undergoing a vigilant brain surgery, singing, talking or playing an instrument. On the other side, the surgeons stand, focused over an open skull while, through incredible precision and technology, they remove a tumor. When the patient stops talking / singing / playing – the surgeons know that they are touching an area they are supposed to back away from. This film is an homage to human strength and vulnerability. 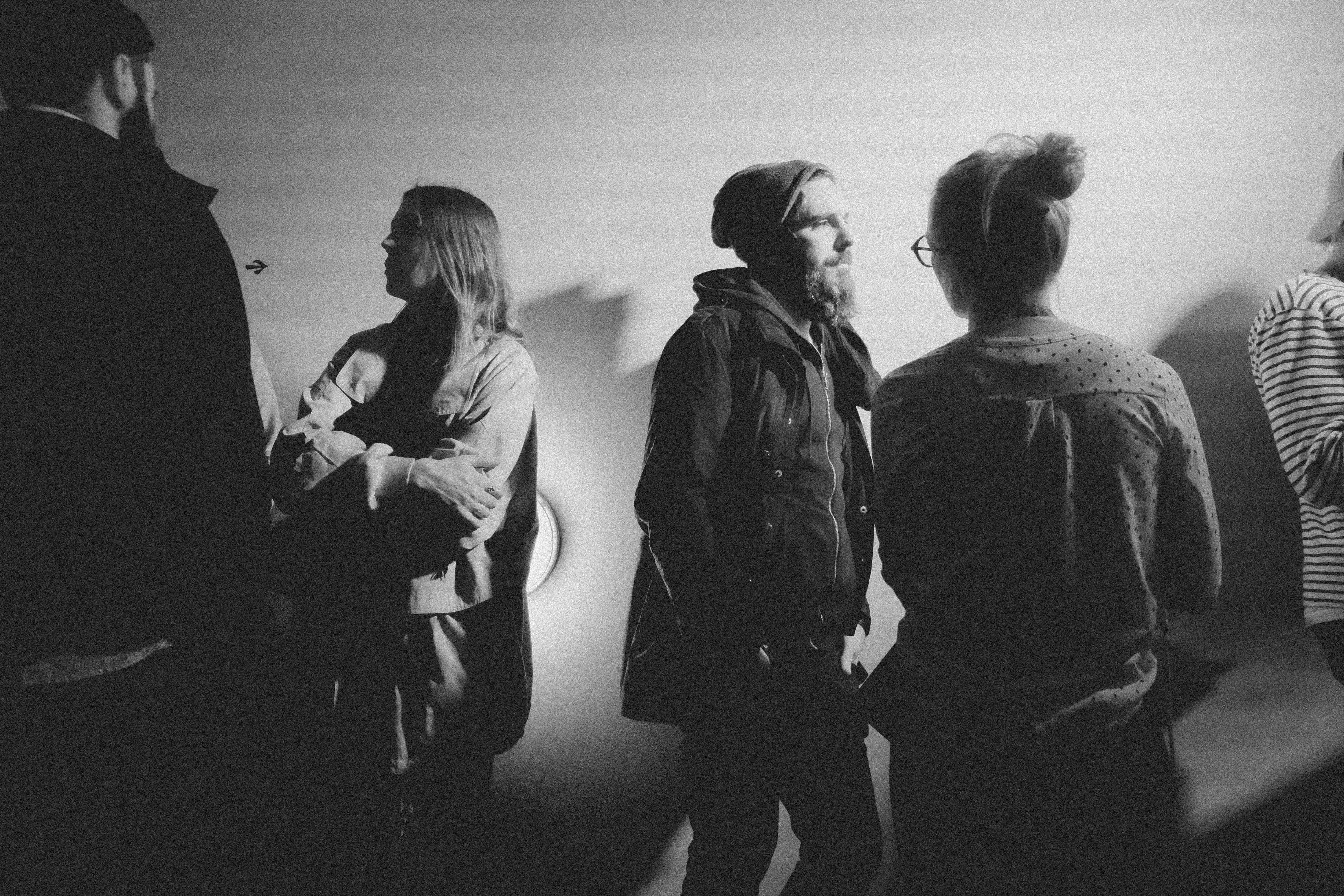