A Comedian in a Syrian Tragedy
Rami Farah
A portrait of Syrian actor Fares Helou, who calls for freedom, is forced out of his country and experiences the absurdities of exiled existence, by Rami Farah, who shares his struggle.

Confessions of a Military Dictatorship
Karen Stokkendal Poulsen
The Rohingya people are subjected to ethnic cleansing, says the UN. The world blames Aung San Suu Kyi for not reacting. She is trapped in power together with the military.
Presented at NP Forum 2016

Family on the Run
Eva Mulvad
Family on The Run is a film about one of the most relevant political topics at the moment: refugees. But it is also a love story describing a family’s fight for a life together.
Presented at NP Forum 2017

Aalto – Architect of Emotions
Virpi Suutari
A love story of Alvar and Aino Aalto, Finnish masters of modern architecture and design, and enchanting journey to their creations and influence around the world.

Maiden of the Lake
Petteri Saario
12-years-old Emika spends her vacations on a small island. With her cousin Antti they build the most magnificent hut, and pick berries. Until it’s time to swim with birds.
Presented at NP Forum 2017

Hiding Saddam Hussein
Halkawt Mustafa
After the Iraq War, Saddam Hussein was found after thousands of American soldiers had been searching in nine months. Alaa Namqi; the peasant who concealed Saddam, is telling his story.

Krogufant
Victor Kossakovsky
A film about the intelligence, emotions and sensibility of animals we normally only get familiar with when they are served as food on our plates: pigs, cows and hens!

The Self Portrait
Katja Høgset, Espen Wallin, Margreth Olin
Lene (30) suffers from severe anorexia. Since the age of ten she has been hiding from the Norwegian Health Care System. Then she taught herself the art of photography.

Gabi
Engeli Broberg
From age eight to thirteen we follow Gabi, a child refusing to be put in a box, who is struggling to find a place in agender confirmative society.
Presented at NP Forum 2017

Scheme Birds
Ellen Fiske, Ellinor Hallin
The story of Gemma, a teenage troublemaker, growing up in a world of pigeons and violence. From childhood to motherhood, her life unfolds as innocent games turn towards serious crime.
Presented at NP Forum 2016

With Love
Magnus Gertten
A documentary thriller about love, betrayal, spies, assassins and the longing for a brother, lost in a remote desert prison called The Place of No Return.
Presented at NP Forum 2017 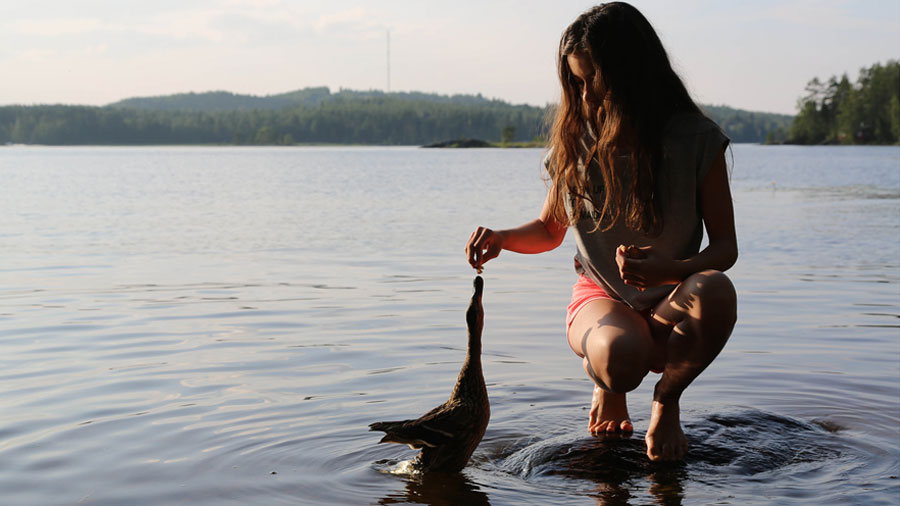