Four idiosyncratic Ukrainians from the world of art are thrown, overnight, into the world of war. At 5:00 AM on February 24, when Russian troops invaded Ukraine, the lives of all four changed profoundly. An important question now faces them all, the question that, in Europe, had not been asked for several generations – what is the role of an artist at the time of war?

The film will be alternating between four stories and following the artists who seek an answer to that question, each in their own distinctive way. Daniil’s story is about processing trauma. He comes from the once magnificent seaside city of Mariupol, and he spent the first weeks of the war in a basement, fleeing the incessant shelling by Russian artillery. Eventually, he evacuated to Kyiv, and is now processing the bomb shelter experience through a series of poignant drawings. The film will show Daniil’s creative process and his adaptation to a new city and a new routine.

Nikita was preparing to travel to an artist residency in Austria when Russia invaded Ukraine. Nikita sees his mission in bringing the story of war to the wider world through the industrial objects that have been transformed by atrocities. We follow Nikita travelling through war-ravaged cities, collecting various items from the bombed-out apartments, for an exhibition in the Museum Quarter in Vienna.

Mikhail’s focus is on fragile objects he would spend days carefully putting together, such as a crystal ashtray, which has been shattered to hundreds of pieces by gunfire. The film will observe his endeavors of providing a second life to delicate things, a process reminiscent of the very undertaking Ukrainians will have to endure to be able to have a life after the shocks of war.

Anton could not see himself in art at the time of war and has exchanged a restorer’s brush for a gun. He joined the National Guard in the early days of war. The film will see him catching his breath between deployments and then travelling back to the frontline, where he is serving alongside his father, a famous artist.

The film will tell the stories of combat and creation gently and intimately, letting the artists reveal and reflect on their individual choices. 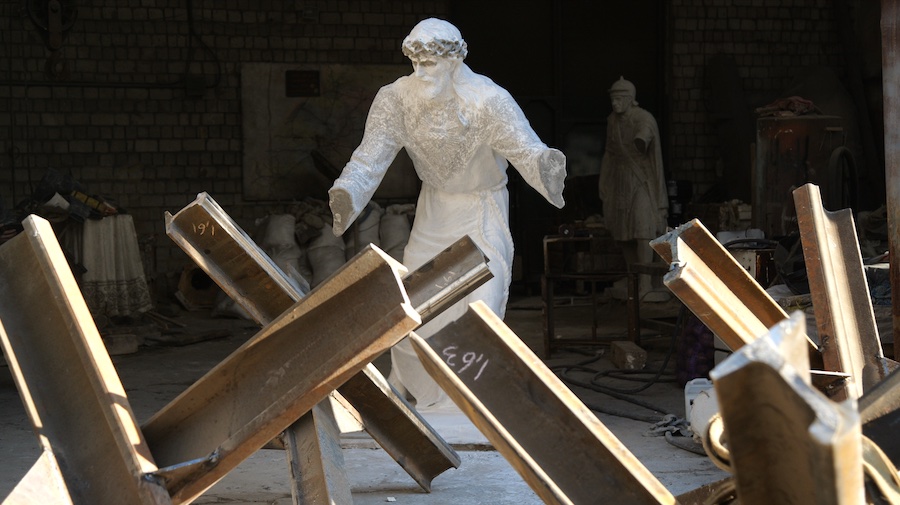