“Nordisk Panorama Film Festival 2017 has been a major success.
Malmö has really been a melting pot of short and documentary filmmakers and fans, and the festival has reached audiences both young and old, new and recurring.

This year it feels like we continued our success when it comes to attracting and inviting the Malmö audience, something that is of vital importance to us. We love Malmö, and we cannot wait until we get to invite everyone to Nordisk Panorama Film Festival again next year.”

The 28th annual Nordisk Panorama Film Festival Winners were announced during the spectacular Awards Gala at Malmö Town Hall. The winners are: 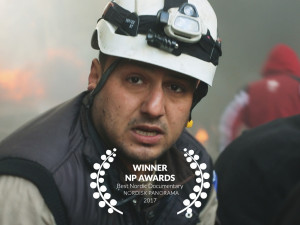 The Award for the Best Nordic Documentary goes to this example of outstanding filmmaking portraying one of the greatest tragedies of our time. Risking their lives, with great respect for their characters and an impressive sensitivity to the complexity of war, the filmmakers take us into a world made up of choices that very few of us would be capable of making: Last Men in Aleppo. 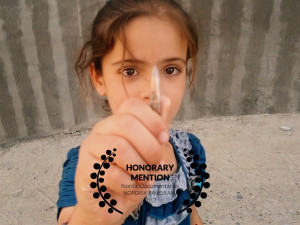 We would like to give a special mention to a film that gives us a unique insight into the long-term consequences of war, from the perspective of an ordinary man whose life is turned upside-down: Nowhere to Hide. 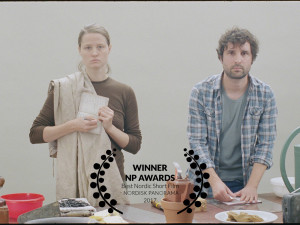 This Award goes to a 5-minute long film shot on 35 mm in one take, because it shows the potential of what short film is when at its best. Shot within a short time, and thanks to the precise simplicity in the execution, it opens up multiple layers: for observation, perception and thinking. We see two people at work, creating something that is invisible – Sound.

There is no distraction, no unnecessary information: all the attention is on the different aspects of sound and how it’s being created.

It is a joy to watch the two foley artists coordinate with one another to create one layer of sound. Even though they are not looking at each other they seem to dance together. Every movement is carefully choreographed, rehearsed and performed with intense concentration. We cannot see what they are looking at – in fact they seem to look at us, the audience, while we are looking at them. Their performance creates a soundtrack for a movie that is not on the screen, but in the head of the viewer. Each viewer sees their own film in front of their inner eye, depending on his or her own individual imagination.
Slowly you start to realize that this soundtrack is familiar to you: the running water of a shower, a shower curtain, a stabbing. The individual imagination shifts into a collective remembrance of an iconic scene from the history of cinema.

As a staged documentary this film blurs the lines between cinema, theatre and art.

It is a film about filmmaking. But it is also a film about the shared experience of cinema.
And it brings us together by tapping into the collective memory we all have – the memory created by iconic movies. All this arranged in one scene and a few minutes.

The Best Nordic Short Film Award is presented by the short film jury to one of the 28 films in the Nordic Short Film Competition. The prize-winning film will qualify for consideration in the Short Film Category of the Annual Academy Awards® without the standard theatrical run, provided that the film otherwise complies with the Academy rules. The award goes to the director(s) of the film. 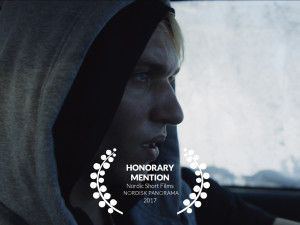 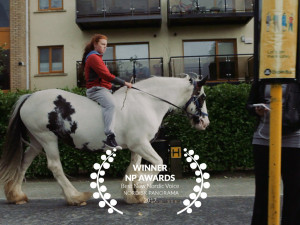 A sensible and heart-gripping coming-of-age film about finding your way of living in a changing world, whether it’s the importance of keeping up tradition or breaking loose. We instantly fell in love with the lead character, a strong and beautiful young woman. We want her to stay the way she is: Loving Lorna.

Speechless and with seemingly simple pencil lines, the film creates a timeless and limitless universe. The film is distinct and highly amusing, about a character coping with daily life. Home is not a prison, but life can be a mess.

The New Nordic Voices Competition introduces promising new Nordic filmmakers. The filmmakers’ works have not previously been in the Nordisk Panorama competition programme, and selected films are among the first releases by the filmmaker.

The Best New Nordic Voice Award is divided in a full length documentary prize and a short film prize presented by the New Nordic Voices jury to two of the 13 films. The award goes to the directors of the two winning films.

The prize sum for the competition is 3,500 €, split between the two winners, and sponsored by Film i Skåne. 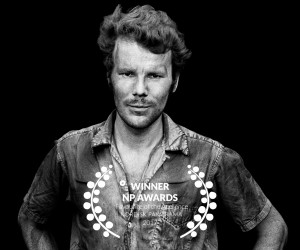 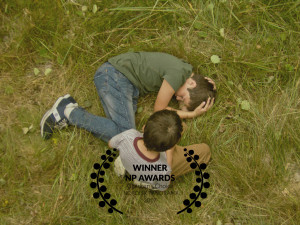 The films in the Young Nordics programme compete for the love of our most critical audience. We ask the youngest viewers to tell us which film they liked the best and we’ll award the winner with a Children’s Choice award, as well as an invitation to attend next year’s festival

Nordisk Panorama exists because of the community of Nordic filmmakers: Thank you for all your hard work!

A warm thanks to all the artists, filmmakers, decision makers and film financiers, distributors and producers, speakers and moderators who helped us create interesting and exciting events.

And a big thanks to our fantastic staff of volunteers: Without you, there would be no festival at all!

Are you looking for someone?

Search our database for participants you met in 2017. >