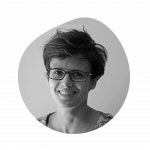 After attending the training programmer Atelier Ludwigsburg-Paris, Martina started working in sales in 2015. She currently works for the French sales agent specialized in short films Premium Films. The company was created in 1998 and represents many internationally acclaimed and award winning short films such as the Academy Award nominee DeKalb Elementary and the Palme d’Or winner All These Creatures. 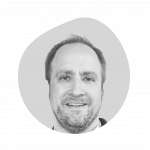 Jason Anderson is a film programmer, journalist and lecturer based in Toronto. He has been a programmer for the Short Cuts program at the Toronto International Film Festival since 2015. He is also the Director of Programming for the Kingston Canadian Film Festival, the country’s largest standalone festival of Canadian cinema. He has served on juries for TIFF, Hot Docs, the Images Festival, the Norwegian Short Film Festival, Flickerfest (Sydney, Australia) and the Busan International Short Film Festival. He was the senior film critic and columnist for Toronto’s Eye Weekly and The Grid and regularly writes about film, music and the arts for such publications as Sight & Sound, Cinema Scope, Uncut magazine and the Toronto Star. He teaches film criticism at the University of Toronto and arts journalism at Ryerson University’s Ryerson School of Journalism. 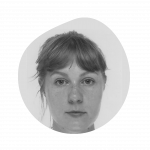 Heta Jäälinoja (b. 1989, Finland) is animation director and lecturer. Her graduation film “Penelope” (2016) from Estonian Academy of Arts was screened in 88 international film festivals and was awarded dozen times. Heta has made animation for museums and theatre and worked as animator in films. She is interested in collaboration between animation and other art mediums. At the moment Heta teaches animating in Estonia and in Finland, picks berries for winter and prepares the production of her first professional film. 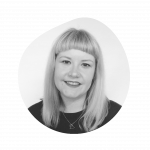 Melanie Iredale is Interim Director of Sheffield Doc/Fest, a world-leading documentary festival and marketplace, celebrating the art and business of non-fiction storytelling.

Melanie has been involved in Doc/Fest since 2010, first as Development Consultant, then as Deputy Director, bringing with her experience as a film curator and festival producer, specializing in bringing Nordic cinema to the UK.

She was formerly Director of Berwick Film & Media Arts Festival on the English-Scottish border, where she commissioned new, award-winning, moving image works which have gone on to tour to festivals and galleries across the world. 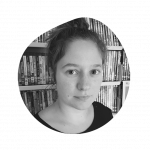 Anaïs is the Director of International Programming for MUBI, leading the curation and editorial partnerships for all international markets. Anaïs works closely with the Acquisition team to deliver cutting edge gems of cinema to their global audience – whether that is premiering the work of great auteurs, rediscovering a classic or the first celluloid breath of an emerging talent 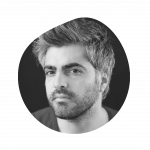 Feras Fayyad is a Syrian filmmaker living in exile. He has directed several short documentaries that have been broadcasted on Al Jazeera, BBC and DR. Feras Fayyad is an award-winning filmmaker and producer, Best known for Sundance grand jury prize winning Last Men In Aleppo.

The festival reaches its final climax at our magical Awards Gala with all the fantastic films and filmmakers that make the Nordic region such a strong player on the international short and documentary film scene.

We start off at Malmö City Hall with a faboulous awards show where we celebrate all the films in competition and reveal the winners of the NP Awards 2018. Ticket needed.