This year we welcome the audience back to the cinemas! We hope everyone will take the opportunity to discover the best of Nordic docs and short films, screening during six days in September at local cinemas and across the city of Malmö, Sweden. Nordisk Panorama Film Festival gathers local audiences, film creatives, and decision-makers on a yearly basis.

“Our ambition this year is to give something back to the audiences after a year when so much has been canceled. We had our hopes up early for a festival focusing on in-person events and now we’re on! Film as a medium creates such beautiful opportunities for people to meet, opening up worlds and inspiring new conversations. As a visitor of the festival you will get the opportunity to experience film in a range of different city spaces. In cinemas, but also in more unexpected locations, for example as part of our Cinema Walk”, says festival producer Sigrid Bersmann.

This year’s opening films are intimate portraits that invite us to different realities. In their own ways they both shine a light on how we depend on each other and on the physical world. Cannon Arm and the Arcade Quest portrays the importance of a strong social community to fulfil your dreams, A Mother’s Body is about the relationship that we have to bodies and physical labour.

Cannon Arm and the Arcade Quest

A film about friendship and arcade games that will put a smile on your face and tug at your heartstrings. With the help from his friends at Bip Bip Bar, Kim Cannon Arm attempts to be the first in the world to play an arcade machine from the early ’80s for 100 consecutive hours. With its collection of heroic outsiders, dreams about legendary world records, quirky hairdos and brilliant players, the documentary praises solidarity and the attempt to achieve the sublime.Director Mads Hedegaard is a rising star, full of enthusiastic diligence and just out of The National Film School of Denmark (2017) where he won praise for his Skull Fracture or ‘Aren’t You Rather Young to be Writing Your Memoirs?’ which was screened at Doc NY and nominated for a Danish Robert. Mostly directing, but also a skilled editor.

“Making the film I’ve become more aware of how important it is for all of us to have a sense of belonging. To be in the company of friends with whom we share our passions and are seen as who we really are. I’ve been surprised how much the characters in the film have influenced how the film actually turned out. To me they are not only characters in a film. They ARE the film”, says Mads Hedegaard.

Mads Hedegaard (b. 1982) is a rising star, full of enthusiastic diligence and just out of The National Film School of Denmark (2017) where he won praise for his Skull Fracture or ‘Aren’t You Rather Young to be Writing Your Memoirs?’ which was screened at Doc NY and nominated for a Danish Robert. Mostly directing, but also a skilled editor.

An intimate portrayal of two women hotel cleaners from a daughter’s perspective. While the women perform their daily work, the daughter reflects on how their profession affects their bodies and relationship to time. Meanwhile, the women navigate and negotiate the demands of the strenuous labour with experience, preciseness, and beauty.

“This film is very personal to me. Growing up, my mother worked as a cleaner and I have seen what having that job has done to her relationships, time and dreams. As a kid, I would follow her to her cleaning jobs and I still remember the smells of the different chemicals, the repetition, the boredom, the long days, and her aching body. It means a lot to me to have the film opening Nordisk Panorama Film Festival. It feels beautiful and important to give these women this kind of space to be seen”, says Jonelle Twum.

Jonelle Twum (b. 1992) is a researcher and writer who works using the mediums of the archives and film to explore various range of questions through the perspectives and with the narratives of minor, disregarded and unacknowledged figures. 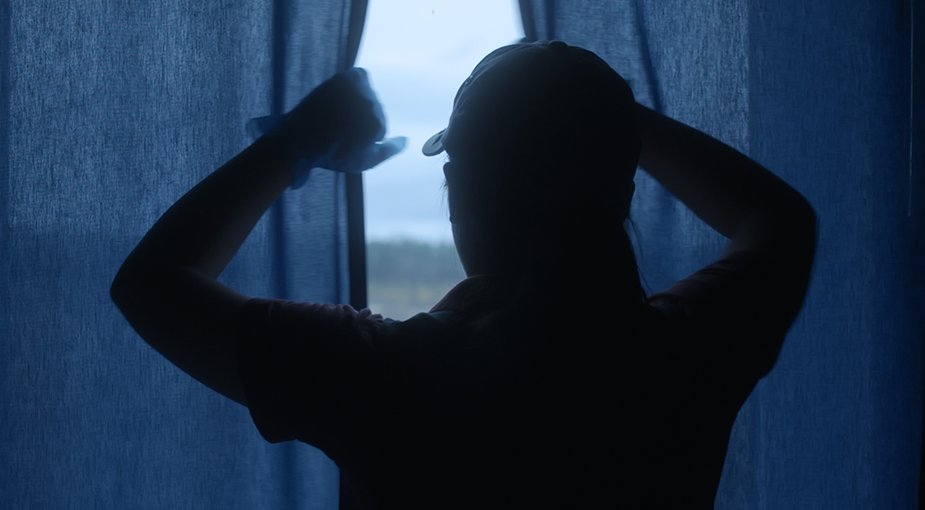