The shortest day of the year falls on 21 December and we, along with the world, want to celebrate with some great Nordic short films. We put together a “Feel Good” short film programme with some of the shorts that have been enjoyed through the years to warm your hearts, fill you with laughter and maybe even sing along.

SchlopSchlop (SS) and KK are two annoying women who work at the Office of Development in Krabstadt, a small town in an undefined Arctic region. This is where the Nordic countries send their Unwanteds. One day a group of Whaled Women are stranded on the shore and it’s up to KK and SS to deal with the situation.

(The filmmakers created a game for the film and you can check it out here. The Facebook Event)

A weekend father wants to bond with his teenage daughter by taking her with him to the carwash. They end up on a life-changing adventure in the supermarket, at the endless sanitary towel aisle. They get “help” from an older lady who shares intimate stories of her experience, some about menstruation, some on wildly different topics.

Haru, a middle-aged Japanese man, returns to his ruined home after a tsunami. He is in denial. Trapped inside his home, he discovers a Sea Spirit. He realises the creature is drying out and dying. Haru has a choice: should he forgive and accept, and help the creature back to the ocean, or stay in denial? Saving the creature might restore nature’s balance but would also force Haru to recognise his loss and the reality of his personal disaster.

A ten-meter diving tower. People who have never been up there before have to choose between jumping or climbing back down. The situation weighs the instinctive fear of stepping out into the unknown against the humiliation of having to climb down. An entertaining study of the human in a vulnerable position.

A vital musical about being who you are and loving whomever you want.

A big Thank You to the filmmakers who are taking part and we hope you enjoy their films as much as we do. 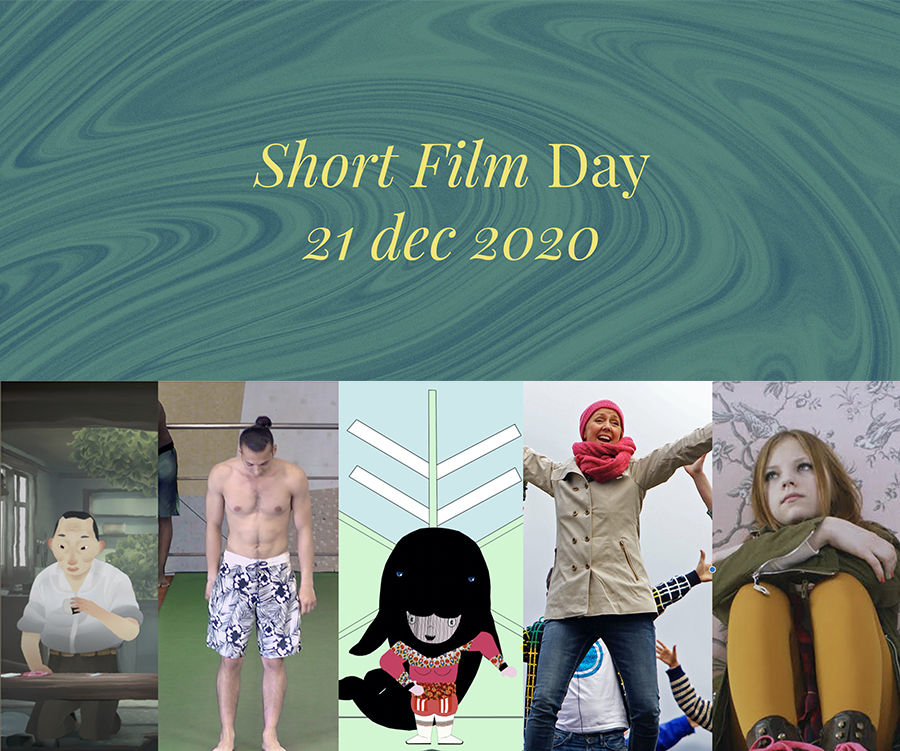