Produced international documentaries for a couple of decades, latest as co-owner of Final Cut Productions in Copenhagen.

In 2021 I published the book ‘THE UNCERTAINTY – a book about developing Character driven Documentaries’. 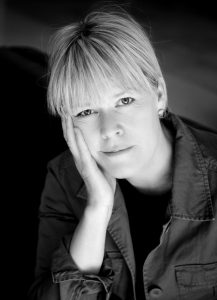 With a background in film studies at the University of Copenhagen and UC Berkeley, finalized with a thesis on the ethical dilemmas of documentary filmmaking, Cecilia Lidin has for the past 25+ years worked with the development and financing of documentaries in different capacities; as loans officer in the first MEDIA programmes office DOCUMENTARY, followed by promoting Nordic shorts and documentaries at Filmkontakt Nord and at the European Documentary Network responsible for the development of numerous international co-production workshops, and working as tutor as well as moderator for both internal and external pitching events.

Between 2006 and 2009 Cecilia Lidin was the Artistic Director of Odense International Film Festival, and in 2009 she took over as Head of EDN together with Hanne Skjødt, a position she held until she left to become Film Commissioner for Documentaries at the Swedish Film Institute in 2011. After finalizing this position she was in 2015 appointed as Film Commissioner for Documentaries at the Danish Film Institute, a position she held till 2020.

At present Cecilia Lidin holds a position as substitute commissioner for documentaries at the Swedish Film Institute, works as freelance consultant, moderator and programmer, and has recently been appointed as part of a team responsible for the education of documentary directors at the Danish Film School.