Democrats 2 (working title)
Camilla Nielsson
Zimbabwe is at a crossroads. The young opposition leader, Nelson  Chamisa, challenges the old guard, ZANU-PF, lead by Emmerson  Mnangagwa, in the first election since Robert Mugabe was ousted  from power. How do they interpret principles of democracy in discourse and in practice in the new post-Mugabe era?
Presented at NP Forum 2018

Forget Me Not
Sun Hee Engelstoft
Forget Me Not follows three unwed mothers in South Korea, who face  the impossible task of deciding whether to keep their baby or give it up  for international adoption.
Selected for NP Forum 2015

Reunited
Mira Jargil
An unpolished reality filled with human drama and political  undertones. Two children are living alone in Turkey. Mother has fled  to Denmark, father to Canada, because of the war in Syria. Everybody  is trapped in a Kafkaesque system. Will they succeed in being reunited?
Presented at NP Forum 2018

The Rise and Curse of Lukas Graham
René Sascha Johannsen
When 7 YEARS blows the charts and results in a Grammy-nomination,  it looks like success for Lukas, only he wrote the song about the loss of  his father. How do you recover from immense grief when the whole  world is singing along to your sorrow?

School Shooters (working title)
Lasse Barkfors, Frida Barkfors
As the disaster of yet another school shooting hits, some parents are  faced with a brutal fact: their child was the one pulling the trigger.

Senseless
Guy Davidi
What does it mean to grow up in a place that forces you to be  something that is not who you are?
Presented at NP Forum 2018

Conductivity
Anna-Karin Grönroos
How does one become a leader? Young conductors are in search of their place in the hierarchical world of classical music.
Presented at NP Forum 2018

The Happy Worker – Or How Bullshit Took over the Workplace
John Webster
How empty corporate jargon, management fashions and self-serving bureaucracy masquerading as efficiency hijacked the purpose of work. How it came to be and above all; how we can break free from it.
Presented at NP Forum 2018

Sisters on Track
Corinne Van der Borch, Tone Grøttjord-Glenne
This is a coming of age story set in New York, about hope, sisterhood and belonging as the three young homeless sisters Tai, Rainn and Brooke race against all odds and circumstances towards a brighter future.

Being A Human Person
Fred Scott – United Kingdom, Sweden
Roy Andersson is set to complete his last film. Startlingly original, Roy’s work has defied convention. Over the course of a career spanning decades, he’s remained enigmatic and reclusive… until now. 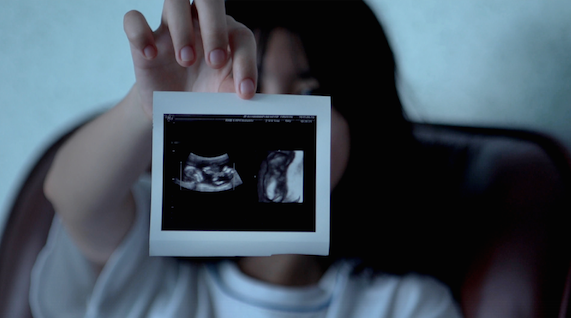