We are excited to announce the full festival programme with a smorgasbord of industry events, from How to Survive as a Short Film Producer, to the must-attend Town Hall with a focus on the 2022 documentary industry, to a masterclass & retrospective of animation gurus, and to the creative process of film composing. We are also very pleased to welcome a special delegation of director/producer teams from Ukraine.

Check out some of the highlights below and read more on our website. You are most welcome to participate, please sign up for your accreditation here.

“Nordisk Panorama Film Festival continues to spread throughout Malmö. In addition to screenings in the cinema, our audience can take part in special screenings at, among others, Far i Hatten, Babel, several of the city’s libraries and Malmö Konsthall. With our initiative Cinema Walk, we will also screen short films in twenty locations around Malmö, such as Moderna Museet, Form & Design Center, Scandic Triangeln, Möllans Falafel, Rex Pizzeria and Fintoan on Gustav Adolfs-torg. As a skater, I personally do not want to miss Max Eriksson’s documentary The Scars of Ali Boulala.”

We’re delighted to host special guests and animation gurus Michelle & Uri Kranot at the festival this year, where they’ll be delivering a masterclass and screening a retrospective of shorts.

Scandic Triangeln, Friday 23/9, 20.00 – 21.30
When it comes to animation, they don’t come much more knowledgeable and revered than Michelle & Uri Kranot. Having worked together for over 20 years, their celebrated careers have seen them make numerous award-winning shorts, create extraordinary animated VR installations and experiences – and they’re currently working on an animated feature film.  Giving insight into their work and their processes, this masterclass will focus on their approaches to animated documentary and immersive storytelling.

Spegeln A, Saturday 24/9, 15.00 – 16.30
Following on from their masterclass the previous day, Michelle & Uri Kranot will present a number of their short films made over the last 12 years. From early experiments such as White Tape (2010) exploring themes around boundaries to the more recent The Hangman at Home (2020) about the awkward intimacy of humanness, their art fuses handmade crafted images and new technologies into contemporary experiences.

Accreditation only, Scandic Triangeln, Tuesday 27/9, 17.00 – 18.00
More and more documentary series are seeing the light of day and demand for series from buyers also seems to be increasing. But what does it take to make a documentary series and how does the process differ from making a feature? What do you do when, having already delivered episodes one and two, you realise when you edit episode five that you need to make changes to the first two episodes? These are some of the questions we dig into in this case study of the Norwegian-Swedish co-produced documentary series Welcome to Norway.

Accreditation only, Scandic Triangeln, Sunday 25/9, 15.00 – 16.00
Earlier this year Sanna Salmenkallio received the prestigious Harpa Nordic Film Composer Award for her music score for the documentary Aalto, directed by Virpi Suutari. In this session Virpi and Sanna talk about the collaboration between them during the creative process of scoring the film. We direct a spotlight at creative collaborations in the making of documentary films. In this session we highlight the process between director and composer.

Accreditation only, Scandic Triangeln, Sunday 25/9, 16.15 – 17.15
The short documentary has been an art form in and of itself for a long time but over the last decade the form has found new outlets such as The Guardian, Aftenposten and The New Yorker. In this session, director David Borenstein and producer and NY Op-Docs commissioner Jesper Jack share their experience of working with short form documentaries, shedding light on the short doc form, its opportunities and creative possibilities as well as the sustainability of the genre and the distribution options available.

Documentary filmmakers are used to the fact that our world is unpredictable. Still, as the world looks today, we realize how dramatic and rapid things are moving, and it is relevant to ask ourselves, our filmmakers, our curators, decisionmakers and professionals in key positions when it comes to shaping the future possibilities for documentary filmmaking – where are we going?  Where do we want to be?

We urge you to join the discussion!
More info

How to Survive as a Short Film Producer

Accreditation only, Scandic Triangeln Saturday 24/9 15.15 – 16.15
The Nordic countries have a long and strong tradition of making engaging, challenging and successful short films. Looking back through the Nordisk Panorama catalogues, however, it’s unfortunately clear that the struggle to finance this art form has an equally long tradition. So how do you manage your portfolio and make ends meet when you produce short films? In this seminar three producers of short films share their thoughts, experiences and struggles to survive as short film producers.

Invitation only, Scandic Triangeln, Saturday 24/9, 10.00 – 13.00
In solidarity with Ukraine, Nordisk Panorama is welcoming a delegation of eight director/producer teams to attend the festival and take part in a special tailor-made industry programme. It includes a work-in-progress presentation where the teams will pitch their film projects to international producers, industry delegates and decision-makers to find partners to move their projects forward. The goal is for each of the Ukrainian projects to find a “home” with an experienced European production house, thus paving the way for collaborations, experience-sharing and co-productions in different countries. We see this as an enriching opportunity for both the Nordic and Ukrainian film professionals.

The programme is developed in collaboration with the Ukrainian Institute and Sigrid Dyekjær with generous support from Newen Studios by Romain Bessi and Philippe Levasseur.

Babel, Monday 26/9, Pre-party 19:00, Film 20:00
The day after Rock in Reykjavik by Friðrik Þór Friðriksson had its premiere, 10 April, 40 years ago, it was called one of the most controversial films in Icelandic cinematic history by one of the newspapers. And the age restriction from authorities was surprisingly and immediately raised due to drugs in the film.

Shot over the winter of 1981/82 in rehearsal rooms, small clubs, and at open-air venues, the film captures the punk-, new wave- and rock fusion scene with live performances by Tappi Tíkarrass (featuring a teenaged Björk), Ego, Q4U, Purrkur Pillnikk and 15 more key bands and groups of the era, while it includes in raw editing interviews with some of the artists giving their views on music, sex, drugs and politics. In collaboration with Doc Lounge Malmö.

SFI Filmrummet: Truth v/Reality – a Question of Context and Expectations?

Scandic Triangeln, Monday 26/9, 16.45 – 18.00
Several creative docs in the Nordic region have been through the press wringer, with different levels of accusations regarding the narrative tools used to tell their story. In both form and content these films are totally different from each other – but the reactions from some parts of the press have been the same: can these films be trusted if they have not followed what they claim are predefined strict rules for dealing with reality?

Taking into account that this is a discussion driven by few, the accusation that the audience is being cheated or lied to creates waves across the board in the doc community. The question that comes to mind is this: in countries with such a strong and proud tradition of the creative treatment of actuality seen through the lens of an artist, why are these questions being asked? And when they are asked, how do we deal with them? Is it a question of the context in which our films are shown that creates a certain expectation from the audience – and if so, how do we approach our audience so the premise is clear?

In the 33 years that the festival has been taking place we’ve received and shown thousands of wonderful films. The Cinema Walk is a way to showcase some of our favourites; from a woman trying to survive in the world while looking like Donald Trump, to talking buildings in Oslo, to a reflection on Malmö’s limestone quarry – there is something for everyone. We’ve even made a small section for the youngest audience!

It is our way to merge the city with the festival. We’ve found 20 sprawling and alternative screening venues across town. You can watch films while you eat, shop or get a haircut.

Out of 433 submitted films, this year 64 have been selected to compete for the awards in Nordisk Panorama Film Festival’s five competition categories. ​​

Discover all films in competition here 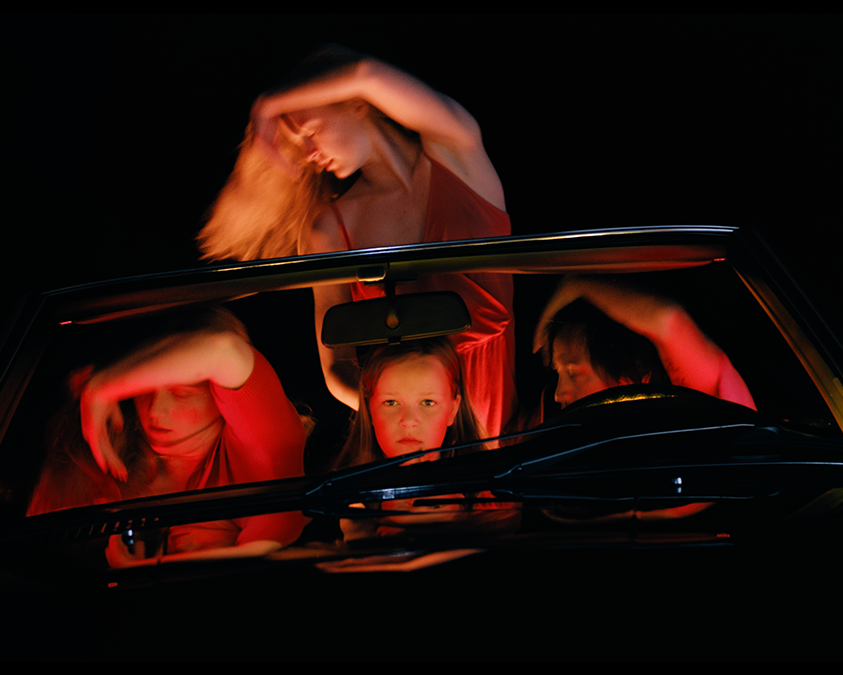